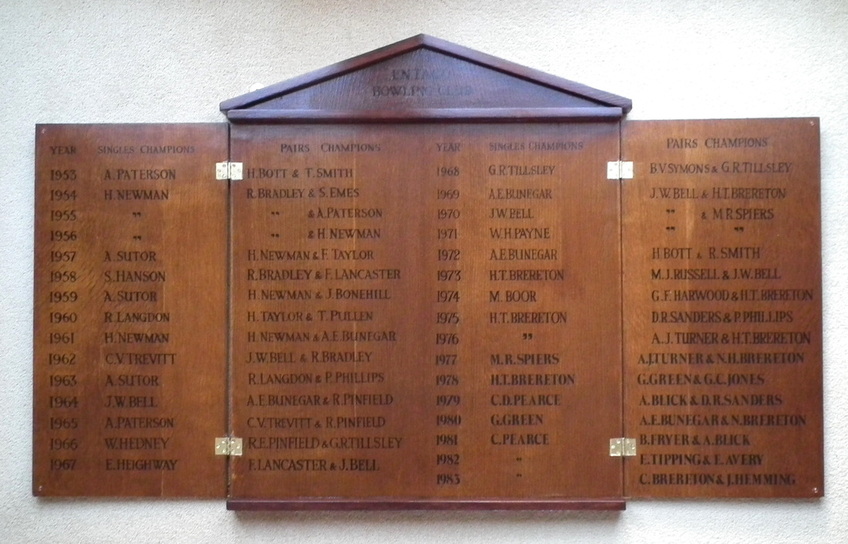 A proposal was made by the Committee and accepted, by a unanimous vote at the 2012 A.G.M., that Eileen and Harvey be awarded Life Membership of Entaco Bowls Club in recognition for over 40 years loyal and continuous service.
Congratulations to both and may you enjoy many more years with the Club. 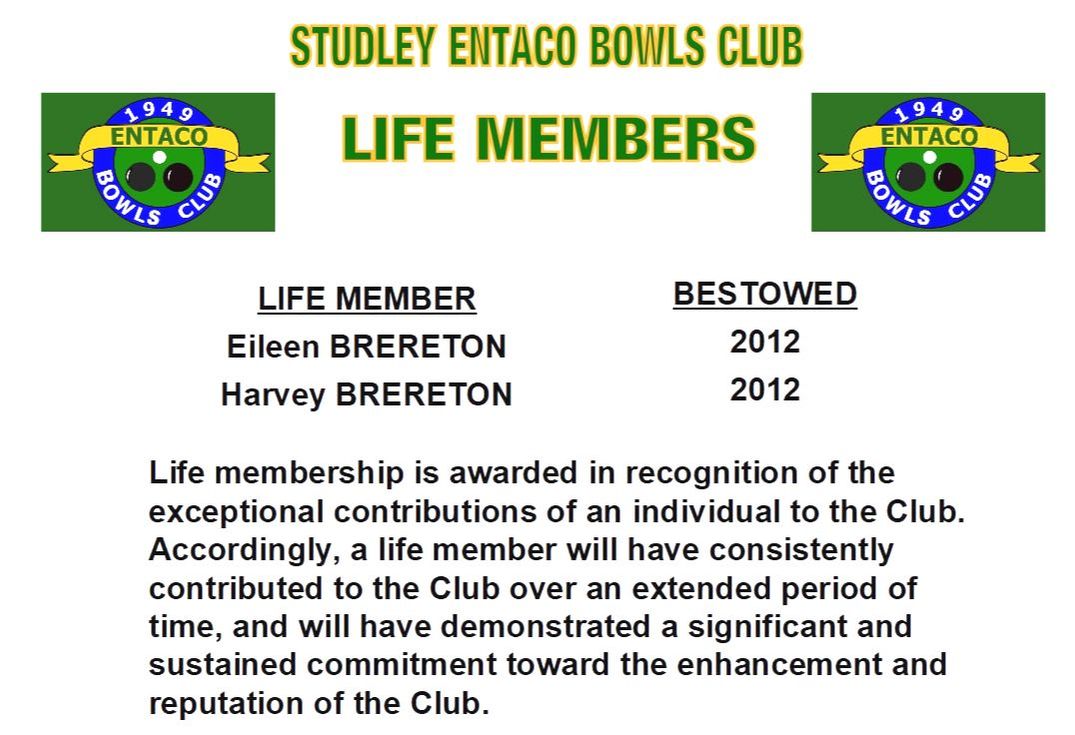 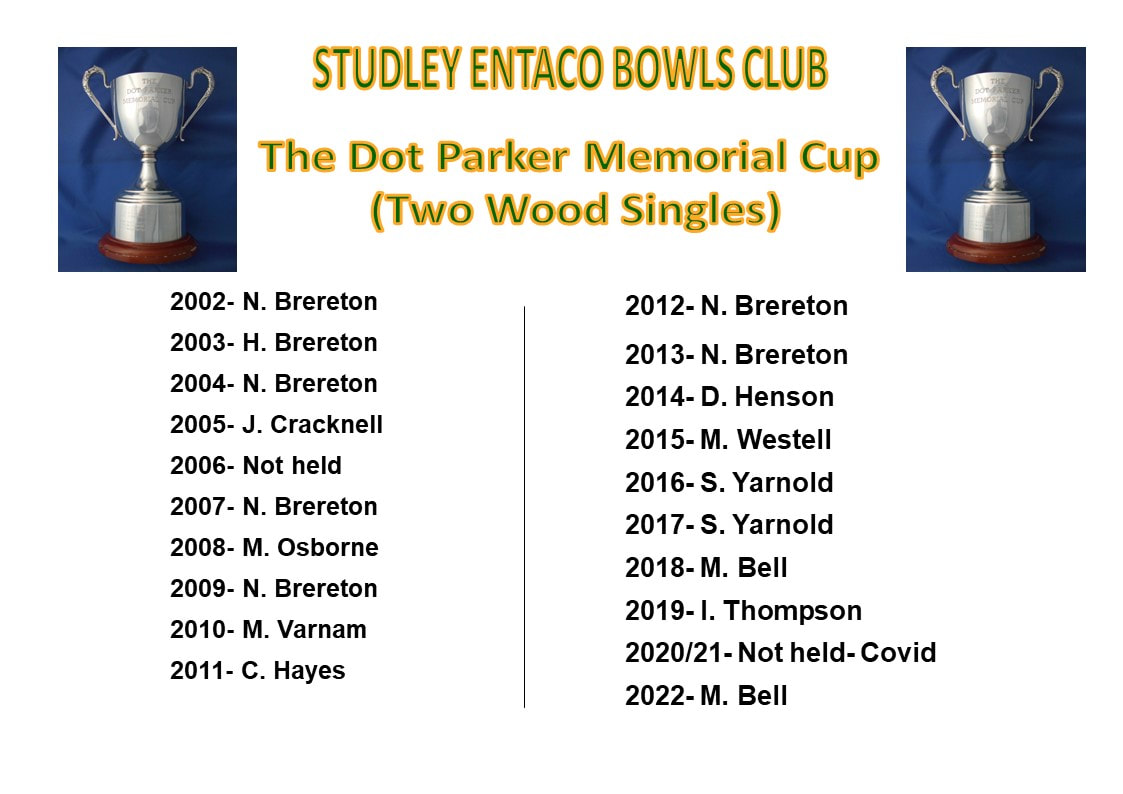 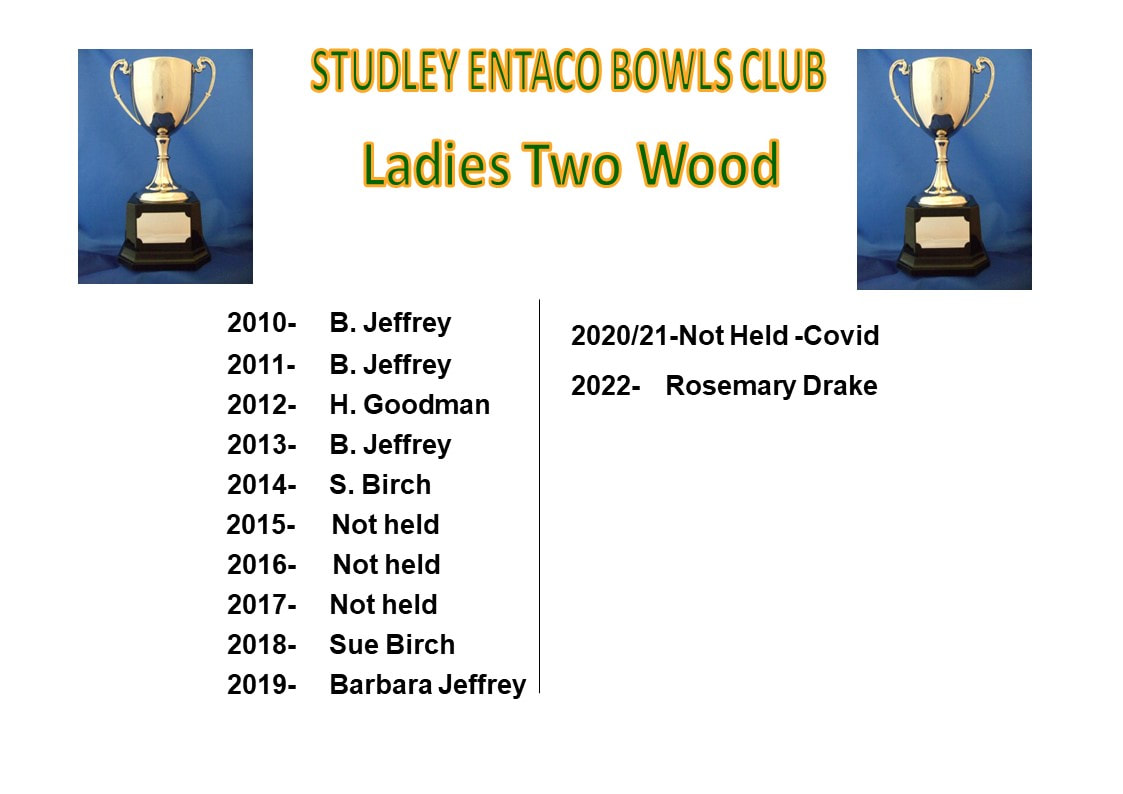 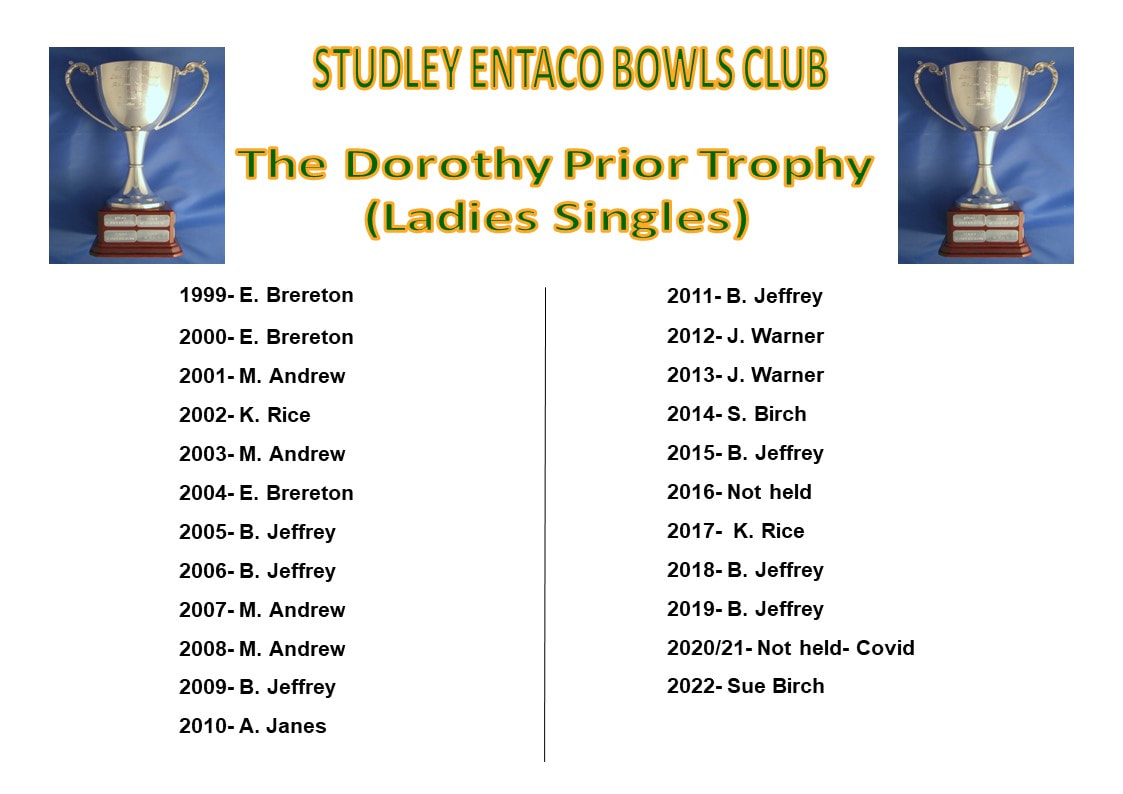 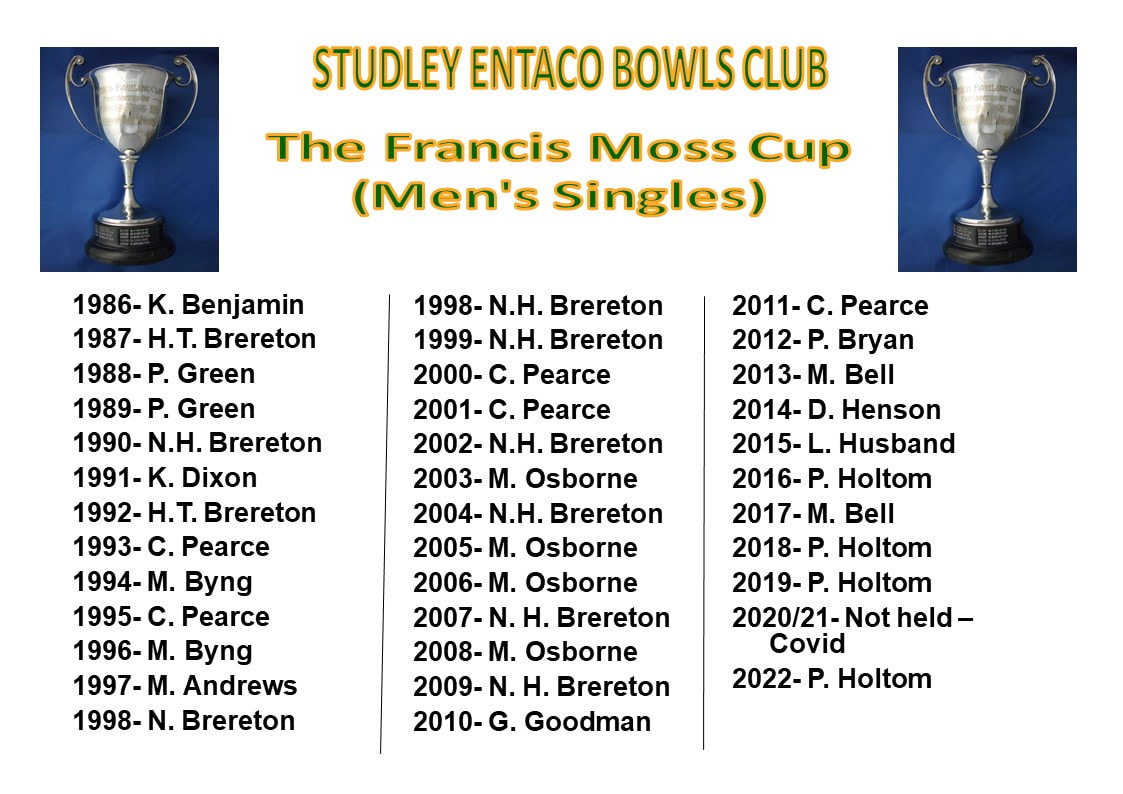 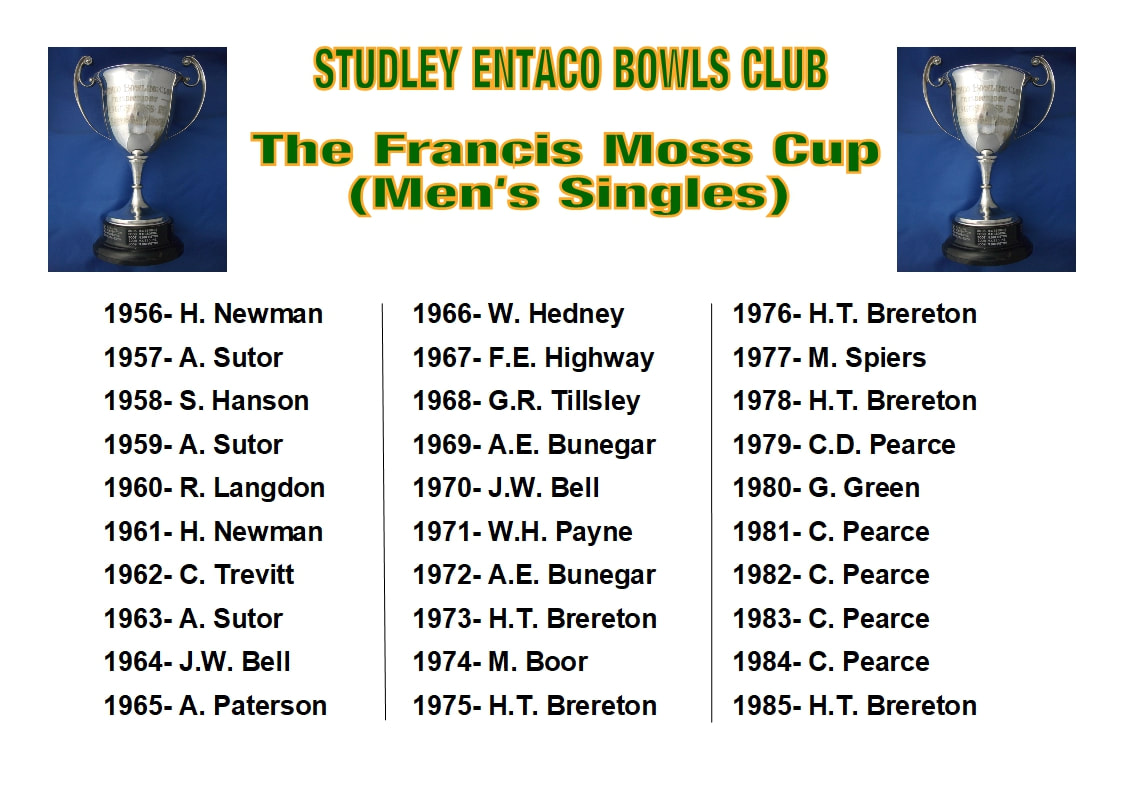 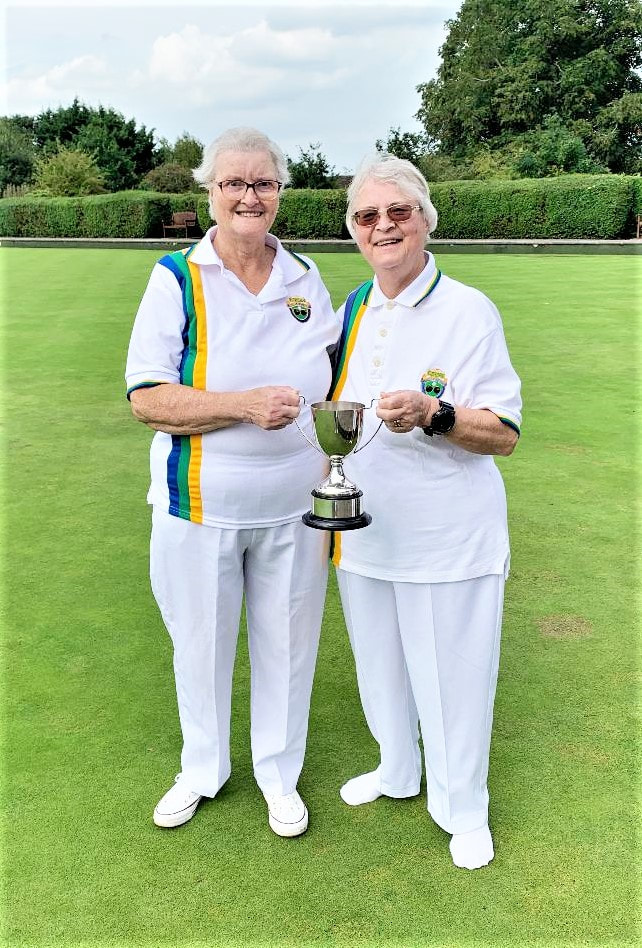 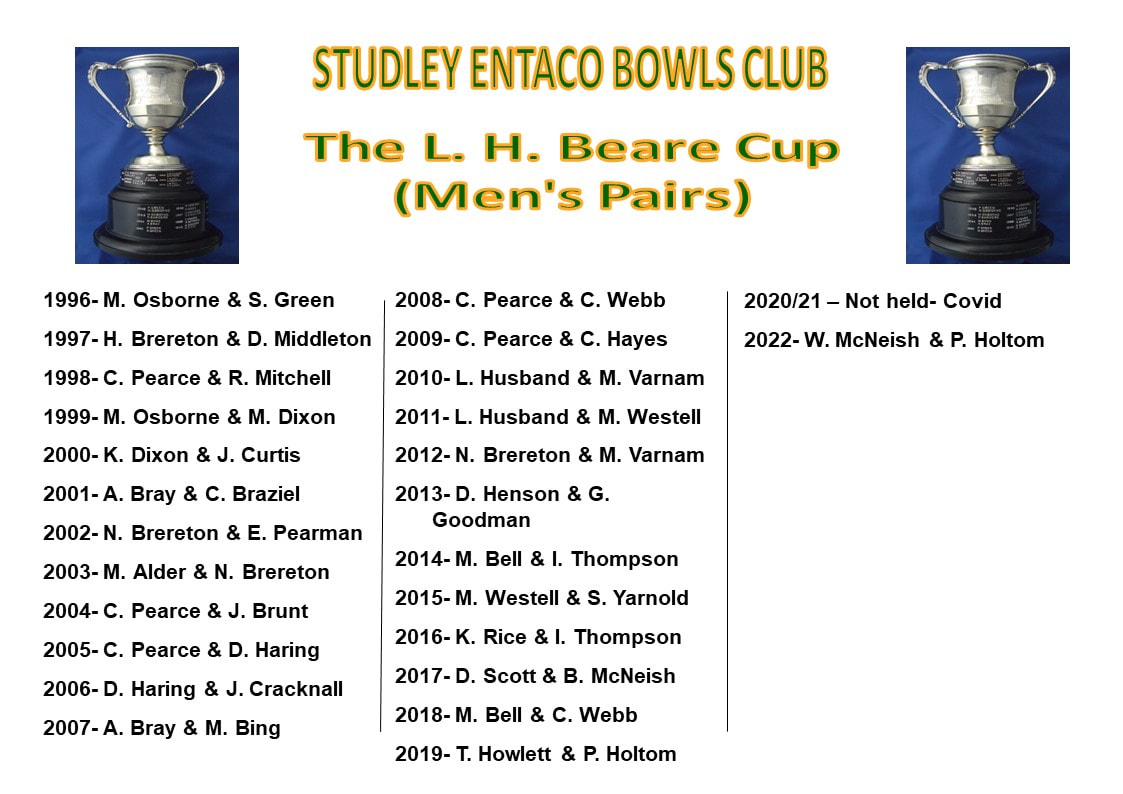 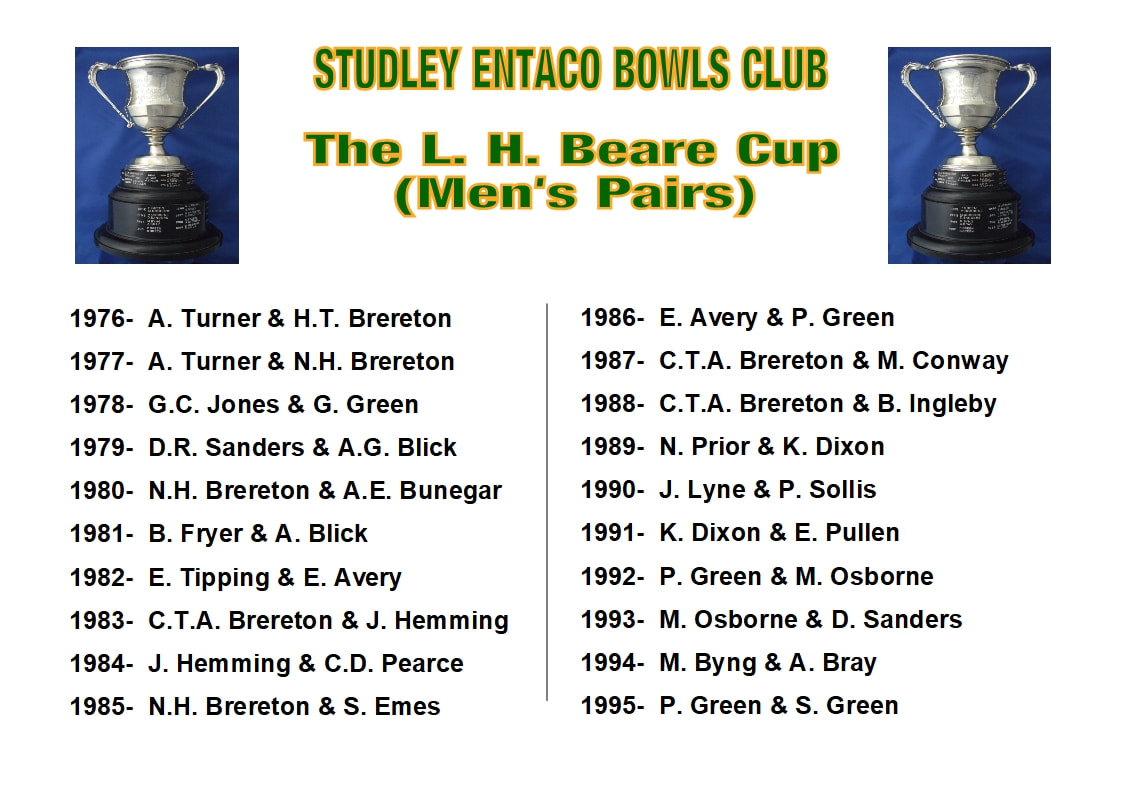 The Priory House Shield
A four bowl, Handicap singles, knockout competition open to both male and female club members.  Each game is played to 21 shots with the player starting from their allocated handicap instead of zero. 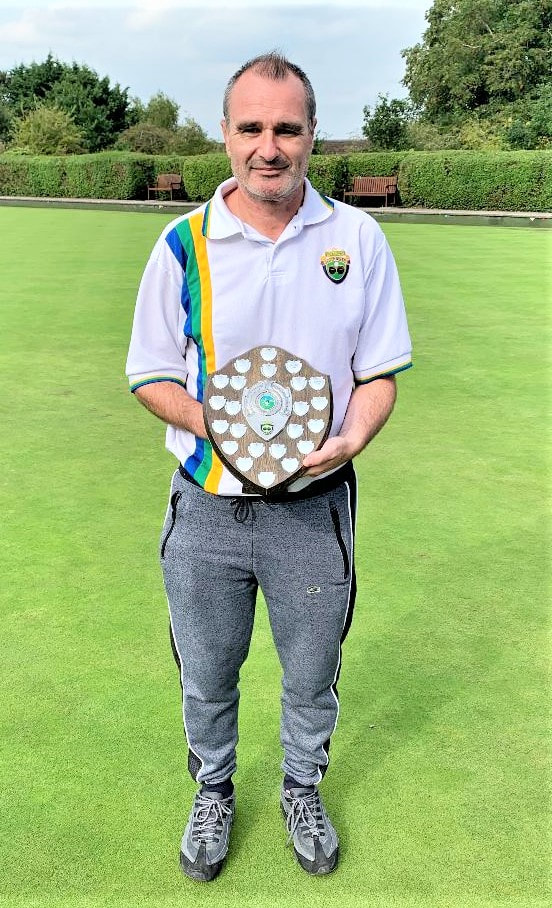 Pavilion Cup
A four bowl singles competition knockout competition open to all male and female club members who have an allocated handicap of +6 and above. Played to 21 shots. 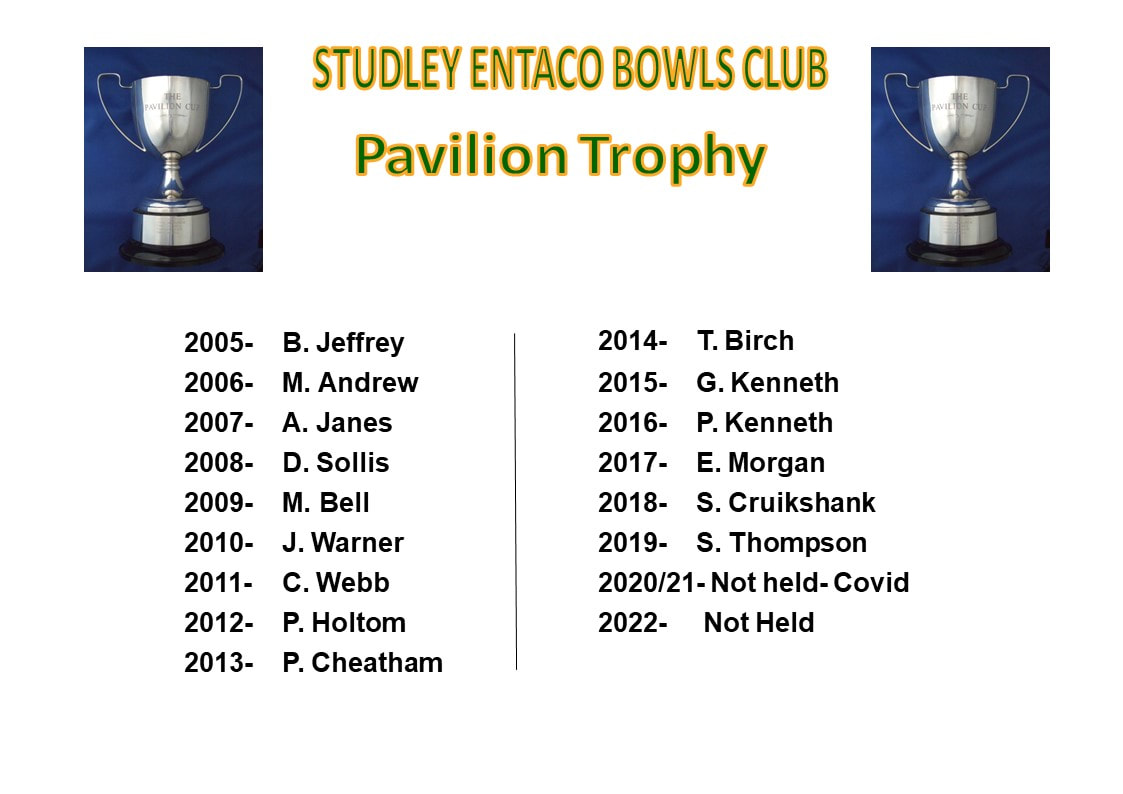 Presidents Cup
A trophy presented to the winner of the annual Gala Day who has accumulated the most number of shots “for” over the games played during the day. 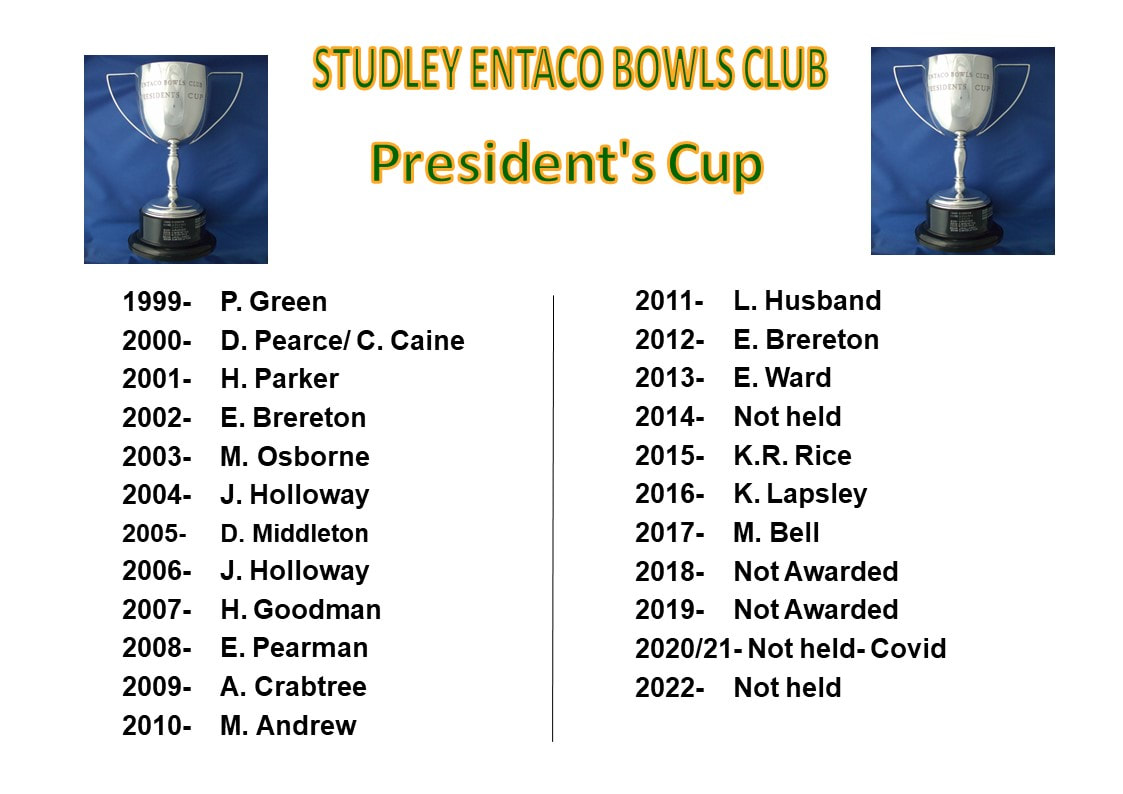 M&B Shield
A shield presented to the player with the highest number of ponts accumulated over the season during the Thursday evening club night. 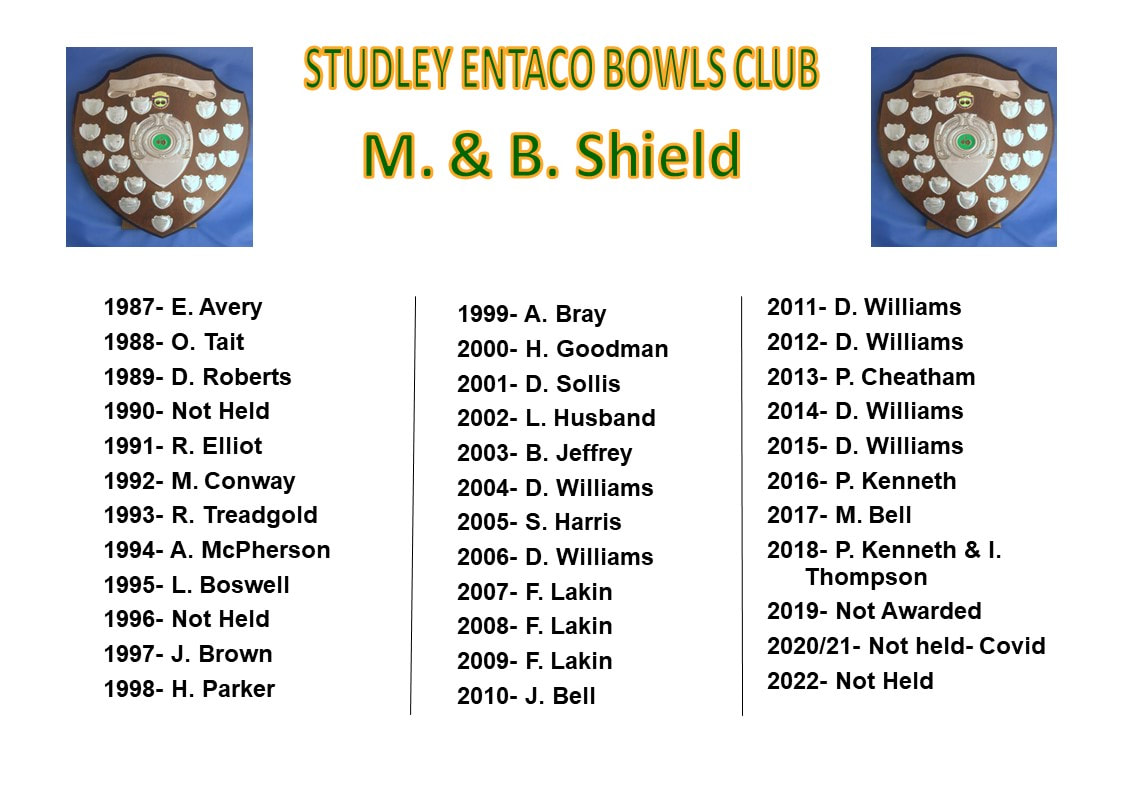 Captain's Trophy
Presented to the person, who in the opinion of the Club Captain, has given strong support and contributed most to club games during the season. 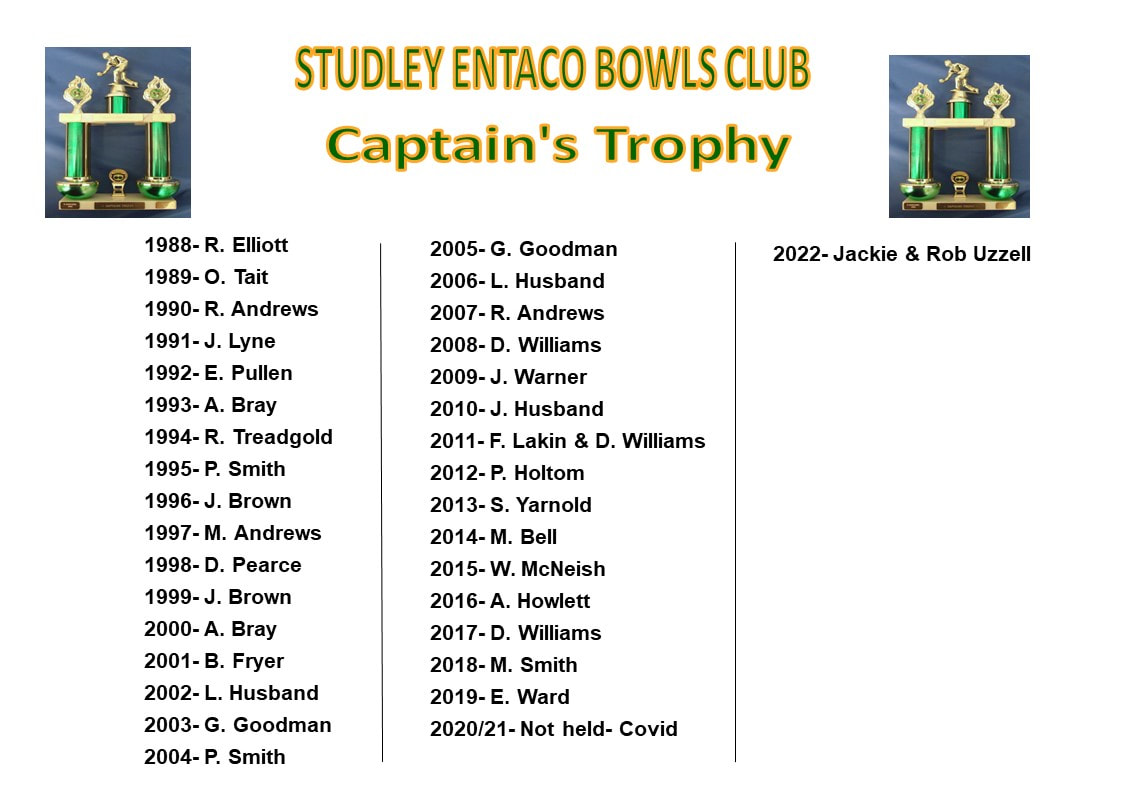 R.W Smith Cup
Presented to the Player of the Year; who in the opinion of club officers has excelled in their performance or commitment to the club over the past season. 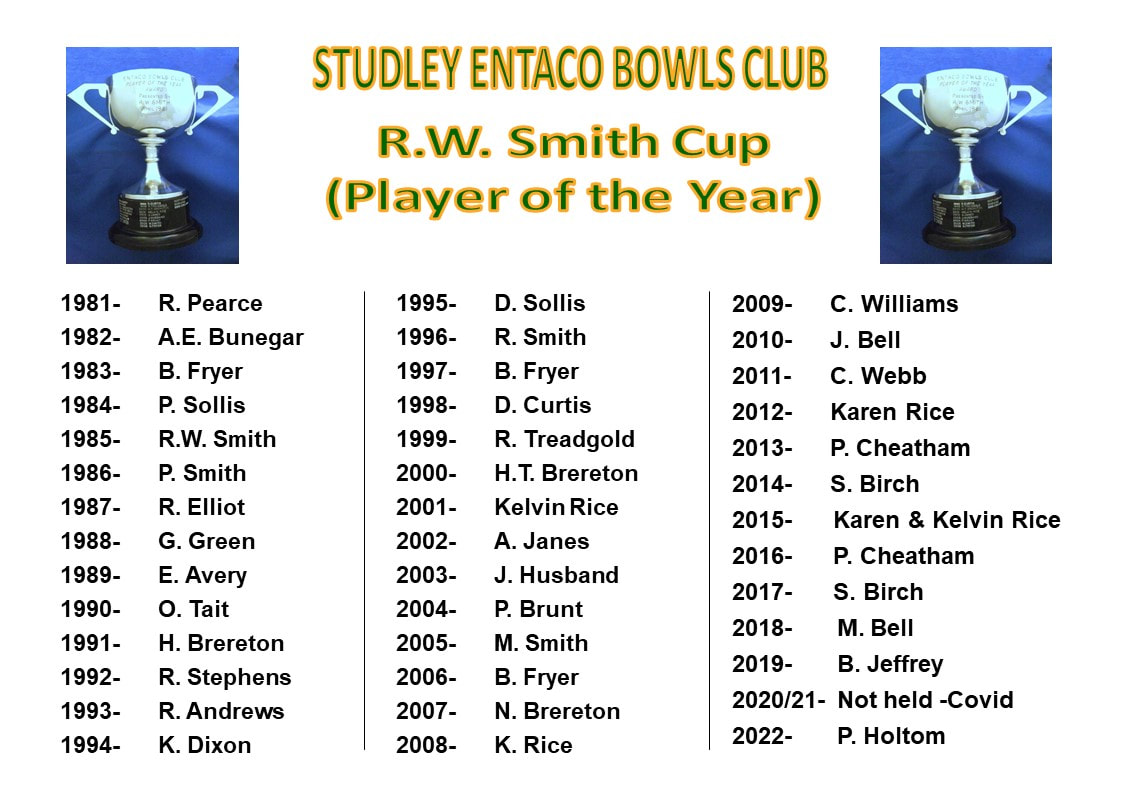 Presented to the most improved newcomer to bowling over the last season. Selected by committee members. 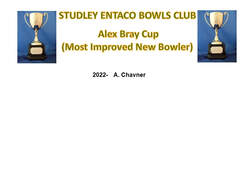